When people ask Michelle Obama to describe herself, she doesn’t hesitate. First and foremost, she is Malia and Sasha’s mom.

But before she was a mother – or a wife, lawyer, or public servant – she was Fraser and Marian Robinson’s daughter. 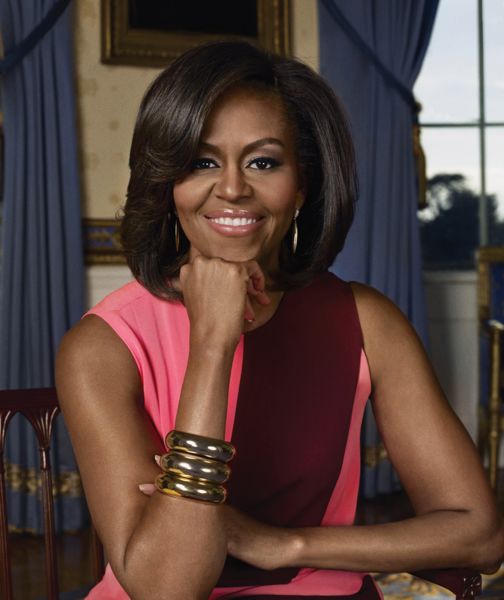 The Robinsons lived in a brick bungalow on the South Side of Chicago. Fraser was a pump operator for the Chicago Water Department, and despite being diagnosed with multiple sclerosis at a young age, he hardly ever missed a day of work. Marian stayed home to raise Michelle and her brother, Craig, skillfully managing a busy household filled with love, laughter, and important life lessons.

A product of Chicago public schools, Michelle studied sociology and African-American studies at Princeton University. After graduating from Harvard Law School in 1988, she joined the Chicago law firm Sidley & Austin, where she later met the man who would become the love of her life.

After a few years, Michelle decided her true calling lay in encouraging people to serve their communities and their neighbors. She served as assistant commissioner of planning and development in Chicago’s City Hall before becoming the founding executive director of the Chicago chapter of Public Allies, an AmeriCorps program that prepares youth for public service. In 1996, Michelle joined the University of Chicago with a vision of bringing campus and community together. As associate dean of student services, she developed the university’s first community service program, and under her leadership as vice president of community and external affairs for the University of Chicago Medical Center, volunteerism skyrocketed.

Michelle and Barack Obama have two daughters: Malia, 19, and Sasha, 16. Like their mother, the girls were born on the South Side of Chicago.