Michelle Robinson Obama served as First Lady of the United States from 2009 to 2017, transforming the position and becoming a role model, champion and inspiration for women, families, and young people across America and around the world. 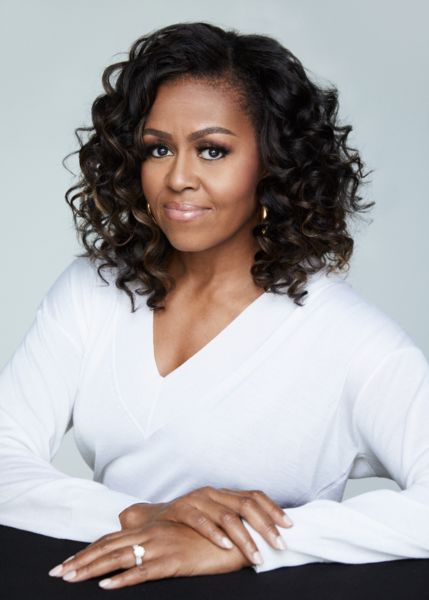 Following her time at Sidley & Austin, Mrs. Obama served as an assistant to Mayor Richard Daley and as Assistant Commissioner of Planning and Development for the city of Chicago, before becoming the founding Executive Director of the Chicago chapter of Public Allies, an AmeriCorps program that prepares young people for public service careers.

In 2018, Michelle Obama published her memoir, Becoming, which sold more copies than any other book published in the United States in 2018, achieving that status in just 15 days and instantly rising to the #1 slot on the New York Times Best Sellers list.

Mrs. Obama was born on January 17, 1964. She married Barack Obama in 1992. They currently live in Washington, DC and have two daughters, Malia and Sasha.