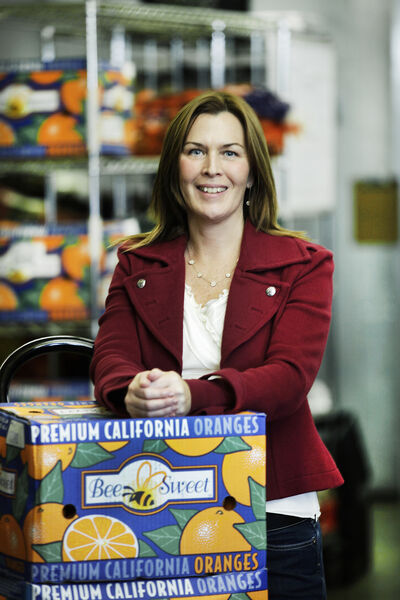 Partnership for a Healthier America’s Board of Directors and staff are pleased to announce the appointment of Noreen Springstead as the organization’s new President and CEO. She will begin her role with PHA on February 1, 2023.

Noreen brings over three decades of experience in the hunger space to PHA where she will work with public, private, and nonprofit leaders to advance the mission of transforming the food landscape in pursuit of health equity.

She is joining PHA after serving as the Executive Director of WhyHunger —a 47 year-old global organization working in over 30 countries to end hunger and advance the human right to nutritious food, by providing critical resources to support grassroots movements and fuel community solutions rooted in social, environmental, racial and economic justice.

At WhyHunger, Noreen guided the organization’s philanthropic vision of solving the hunger crisis, seeking to implement systemic change to tackle the root cause of hunger, and building social justice for all. Noreen’s vision shaped WhyHunger’s programmatic, philanthropic, and marketing strategies.

Noreen is skilled at building long-term strategic partnerships and known for her ability to connect with teams, partners and supporters to create positive impact. Under Noreen’s direction, WhyHunger established successful partnerships with diverse companies such as Hard Rock International, Albertsons, Audacy New York, SiriusXM, ASCAP and the Institute for Integrative Nutrition among others. As part of WhyHunger’s signature program Artists Against Hunger & Poverty, Noreen built long-term relationships with notable artists including Bruce Springsteen, Yoko Ono Lennon, Carlos Santana, their management and record labels, resulting in millions of dollars of support for WhyHunger and its community-based partners.

“We are thrilled to welcome Noreen to PHA,” said Peter R. Dolan, Chairman of the Board of Directors for PHA. “As executive director of WhyHunger, Noreen has been a leader in the hunger space and brings her dedication and determination to PHA. We are very much looking forward to working with Noreen and the entire PHA team in the coming years.”

She is a graduate of Rutgers University, is frequently called upon as a thought leader to discuss the hunger crisis, and was named one of the most powerful changemakers by SHAPE magazine in 2019 and a Notable Non-Profit leader by CRAIN’S New York Business in 2021.

Noreen succeeds Nancy E. Roman, who joined PHA in 2017 following an international career spanning journalism, business and public service with the U.S. government and the United Nations. During her time at PHA, Nancy oversaw programming that brought over 22 million servings of fruits and vegetables to families in 29 cities through Good Food for All and one million meals to families in 5 cities through the Pass the Love w/ Waffles + Mochi campaign.

We've committed to adding 100 million additional servings of vegetables, fruits, and beans to the marketplace by 2025.