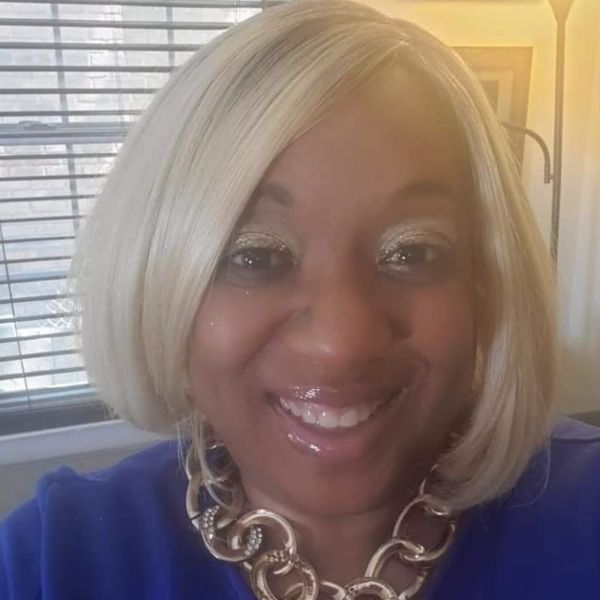 Alana Dillard has always felt a strong connection and a deep responsibility to her community and her family. She was raised in Detroit, Michigan by parents committed to education and public service. Her father counseled young people as a Dean of Students and her mother worked as a social worker for protective services and foster care with The State of Michigan.

When the pandemic hit, she decided that she needed to “actually do something” in her community to help share the knowledge she’s gained about healthy eating, “so everyone can be the healthiest individuals possible.” So, when she heard from a friend that Former First Lady and Honorary PHA Chair, Michelle Obama was bringing meal kits to families in need in Detroit, she jumped at the chance to volunteer.

Alana thought there was no better way for her and her husband to spend their anniversary together than helping Focus: HOPE (PHA’s partner on the ground in Detroit) distribute Pass the Love meal kits.

Alana was blown away by the response to the meals. “Everyone was so thankful for the food. There were people in tears. It was an amazing experience.” She decided right then and there to volunteer for future distributions at a site closer to her home.

Not willing to let an opportunity to engage young people in her community pass her by, Alana reached out to a school she works with near the distribution site, helping sign up kids to volunteer with her and even helping arrange buses to bring them to the site. “Kids volunteered for half-day shifts at the site, either in the morning or the afternoon, and I was there the entire day. I was so tired at the end of the day, but it felt good.”

She also encouraged kids from the school to take home meal kits and try them out to help “broaden their horizons” and to expose them to new foods. Each meal kit contained everything that a family of four needed to cook 3 healthy meals for the week. After Alana’s encouragement to try new foods, they’d tell her that they, “never ate that before.”

Alana even tried the boxes herself and she loved that there were different cultures represented in the boxes with things like curries and coconut milk. “I know how to cook soul food, but this also helped me learn how to cook more healthy foods.” She also liked the recipe card. “We eat with our eyes. Sometimes, it’s just about putting an ingredient you don’t know into a dish that you normally cook.”

It’s people like Alana that will help ensure we have much-needed food equity in this country. As a mother of 2 children, a “bonus” son she gained from a later marriage, and a devoted “Gigi” to 7 grandchildren, Alana is working hard to make sure she creates a better place for the future.

You can join Alana - and many others like her - by making a donation to support PHA’s work providing affordable access to healthy food for every family in every zip code.