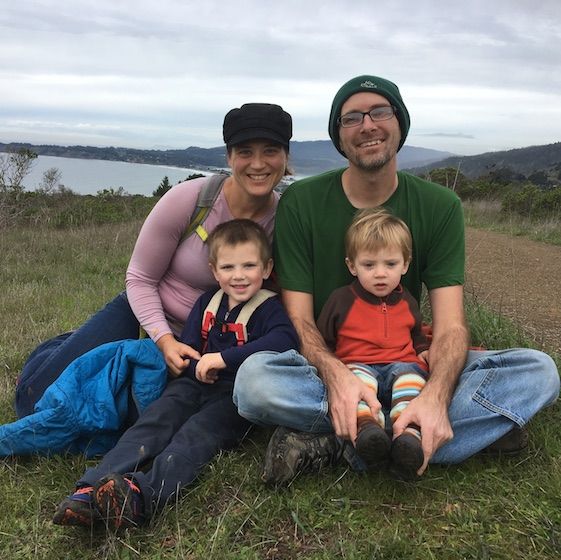 Leslie Eldridge grew up eating ramen noodles and mac n’ cheese. After college, she led wilderness groups and conducted research on NOAA expeditions – which didn’t give her much control over the food she ate. Dinner was usually fast food or whatever snacks were available on the research boat.

In 2012, Leslie became a mom and since the birth of her two sons, she’s struggled even more to eat healthy.

“I’d always been active and in fairly good shape. After my second child, those eating habits just weren’t cutting it,” Leslie said. “It’s hard not to eat junk all day when you’re home with two small kids.”

“I wanted to lose weight. I was running 3-4 miles three times per week and eating what I thought was healthy, but nothing was working,” Leslie said.

That’s when the Partnership for a Healthier America (PHA) stepped in. Working with partner One Medical and the Rise nutrition coaching app, PHA recruited 500 people to participate in a new nutrition-coaching program. Participants, who were all low-income individuals with children and had a Body Mass Index (BMI) greater than 25, received three months of Rise coaching for free.

Rise paired participants with a dietitian intern, the equivalent of a medical student’s residency, from Iowa State University. A trained dietitian oversaw the pairs throughout the program.

Rise works by having participants upload pictures of meals to the app. A nutrition coach views the log each day and sends comments, suggestions for substitutions, and advice back to the user.

Leslie lost 17 pounds in 12 weeks with the Rise app. She said the program held her accountable as she tried to eat healthier foods.

“My Rise nutritionist was great. She never discouraged me or made me think I had to give up foods I love,” Leslie said. “So it’s not realistic to never eat carbs again. She adjusted my expectations into something sustainable that I could maintain the rest of my life.”

Leslie made lots of positive changes. She stopped being afraid of healthy fats (think avocados and olive oil!) and avoided excess sugar from processed foods. The program was great for parents, who don’t always feel supported with food changes at home.

“My kids would be happy eating hot dogs every day,” Leslie said. “It was nice to have another person on my side who cared about my success and who believed in me.”

Leslie says the program helped her build habits that she maintained after the program ended. She even started making her own mayo.

“I’m kind of a foodie now!” Leslie said. “I enjoy cooking and finding ways to make the foods I like healthier. It’s great to finally feel like I have the energy I used to before having kids.”

Learn more about PHA’s partnershipwith Rise and One Medical.