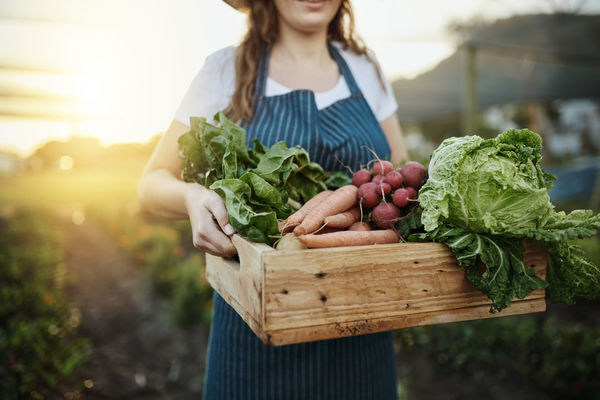 If ever there were a time to reform the global food system in the name of public health it is now – one year into a global pandemic, with disparate loss of life driven by diet-related disease.

As the U.S. works to re-establish its leadership on the global stage on a variety of issues – from climate change to global trade – improving the food system has been low on the list. But with the burden of knowledge mounting about food’s powerful connection to health and immunity, the time for prioritizing U.S. leadership on this issue is now.

In February, National Center for Health Statistics data showed that life expectancy in the U.S. dropped by a full year in the first half of 2020. That alone doesn’t tell the full story, though. Like far too many things in the U.S., the statistics don’t fall equally along racial and socioeconomic lines, with life expectancy falling nearly three years for Black Americans, nearly two years for Hispanic Americans, and less than one year for white Americans. When you peel the onion under that story, you see diabetes and heart disease, both diet-related diseases, as two primary underlying conditions driving disparity in COVID-19 deaths.

That’s not surprising when you consider that in the U.S. when it comes to food we have prioritized convenience, shelf life, and price over all else. The results are a glut of ultra-processed, low-cost foods introduced into our food system each year, and much of those are disproportionately advertised to low-income and minority communities – predisposing many to diet-related disease. By some estimates, ultra-processed foods comprise 60% of the total calories in the U.S. diet.

COVID-19 may be the wake-up call needed. Recently, Agriculture Secretary Tom Vilsack hinted that national priorities may be shifting accordingly, as he noted staggering statistics in one of his first in-depth interviews since being confirmed: 60 percent of Americans have one chronic disease, 40 percent suffer from two chronic diseases; 70 percent are overweight, and 43 million need food assistance. “This suggests a need for a transformed food and agriculture system,” Vilsack said.

President Joe Biden seeks to “Build Back Better,” but we fundamentally cannot do that as a nation without addressing food, which touches every person, multiple times each day. And we can’t reclaim the mantle of global leader without being in front of this issue.

Global leadership is embracing this issue. UN Secretary General António Guterres has called on the world to engage in a global discussion around better leveraging the food system to end hunger, build health, and sustain the planet. World leaders, corporate leaders, and leaders in civic society will convene in September with hopes of raising these critical issues on national agendas and in corporate boardrooms through the UN Food Systems Summit. Much like COP21 was a clarion call for global action on climate change, the UN Food Systems Summit has an opportunity to be transformative for our food systems, but only if players like the U.S. finally step into a leadership role.

Not all global convenings lead to significant outcomes, but this one at this time has the potential to spur real change and solutions. There are too many potential paths forward to be comprehensive here, but to tick off a few that are ripe for U.S. leadership:

There are many more reforms around agriculture, food waste, and biodiversity needed. The global opportunity before us is to incentivize nations, companies, organizations and civic society to come up with new solutions that have not yet been conceived. The national opportunity is to lead on this critical issue.

In addition to her role as PHA President and CEO, Nancy E. Roman also serves as champion for the 2021 UN Food Systems Summit.