Programs like NYRR Mighty Milers, developed by New York Road Runners (NYRR), have not only been known to create runners for life, but also lead to unique bonds between teachers and students that oftentimes don’t end once the school year or program are over. Shawanda Weems, a teacher at PS/MS 15 in New York City, first brought the NYRR Young Runner’s program to the school in 2005. Thanks to Shawanda’s nudging, her student Kiara, who was new to PS/MS 15, joined the track team as a fifth grader, growing her talent for running along with her confidence.

“The exposure to the sport of running has changed my life as well as the lives of my students. For my students, running has given them a space to relax and release. The freedom of the fresh air and the ability to make good decisions with a clear mind has impacted them socially and academically,” Weems said. “Personally, running and coaching has provided an outlet for me to explore my limits as well as my talents. I have found myself to be committed to my students and more recently committed to creating a healthier self. Running has broadened my perspective and enabled me to see the world from a broader view that allows my students to know the world is within their reach.”

Now a junior in college, this year Kiara joined Shawanda in training for and running their first marathon together: the TCS New York City Marathon. 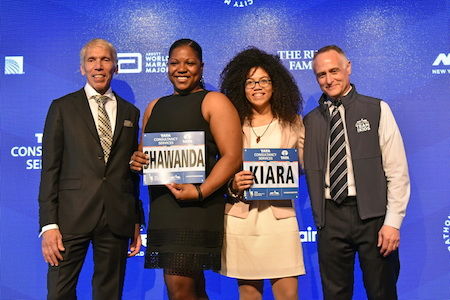 On Sunday, November 6, more than 50,000 runners from all over the world came together in New York City to make their way across the five boroughs amidst shouting fans, adoring family members and proud friends as they participated in this marathon. Starting in 1970, when just 127 entrants and 55 finishers ran four laps around New York City’s Central Park, the TCS New York City Marathon has grown to be the largest marathon in the world, truly taking over the city for a day. As NYRR’s signature event, this world-renown race is a celebration of running, highlighting the sport’s power to change lives, just as it did for Kiara and Shawanda. Check out some of the highlights here. 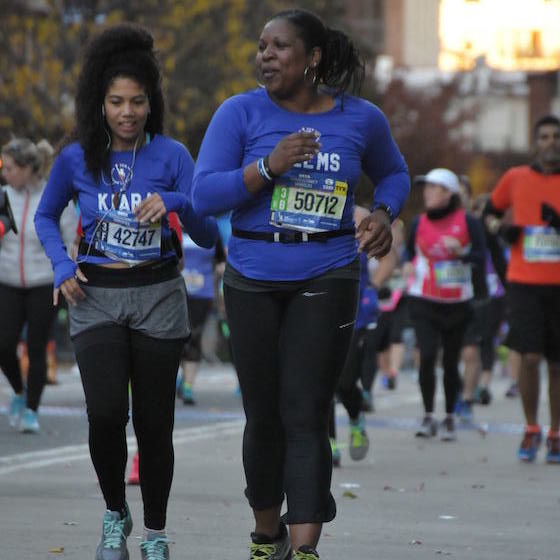 In addition to celebrating the athletes of today, the race is also about building the next generation of runners. Before the marathon even starts, NYRR rallies kids from its youth running programs across the city to join the excitement. On the Friday before “Marathon Sunday,” elementary-, middle- and high school students headed to Central Park for the TCS Run with Champions’ 400-meter and 1500-meter races, giving participants a chance to compete and show off their skills. On Sunday morning, as 50,000+ runners began making their way over the Verrazano-Narrows Bridge at the Marathon’s start, more than 600 youth from NYRR’s Mighty Milers and NYRR’s Young Runners youth running programs ran the final miles of the Marathon course in Central Park, and finished at the race’s iconic finish line as part of the NYRR Youth Invitational at the TCS New York City Marathon. This 1.8 mile race gave the youngsters the opportunity to cross the same finish line the adult runners crossed a few hours later.

Faces of 2016A commitment to youth running isn’t just a priority for NYRR on race day. At the beginning of this school year, NYRR announced its plans to reach 250,000 kids nationally by increasing access to free NYRR youth running programs and events in the 2016-2017 school year.

“The TCS New York City Marathon provides an inspiring platform for thousands of our youth runners to experience the excitement surrounding one of NYC’s greatest days,” said NYRR CEO Michael Capiraso. “Making running accessible to children of all ages and abilities is essential throughout the year, and we are delighted to support even more kids around the nation during this school year, including through our new NYRR youth wheelchair training program.”

Most importantly, thanks to the programs designed by NYRR, teachers and coaches are inspiring kids to just get out there and run, keeping kids active day in and day out.