Mix It Up With Mushrooms 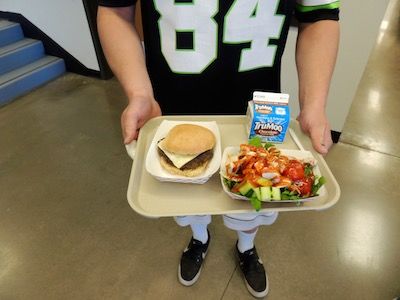 For all of the omnivores out there looking to add some extra veggies into your day, meaty mushrooms are here to help you out. High in Vitamin D, antioxidants and potassium, this veggie can add a nutrient boost to any recipe, even a good ol’-fashioned burger.

From fish sticks to mystery meat, many of us don’t have the fondest memories of school lunch, but a mushroom-meat blend is changing the cafeteria game for our kids. In fact, Sodexo and the Mushroom Council have teamed up with PHA to spread the word about this undercover gem, and highlight the power of this Blend Burger to satisfy even the biggest critics among us – kids. Developed to reduce the proportion of vegetables that were going straight from the tray to trash, this mushroom-meat blend is winning kids over left and right.

Sodexo began by introducing the Blend Burger in 14 test sites that represented a cross section of the country. More than 88 percent of students voiced their approval when asked whether or not they liked the burger, and in comparative tastings, 90 percent of students preferred the Blend Burger as opposed to other options. Today, nearly 20 percent of school districts across the nation are serving up this meaty mushroom burger, and more than 85 percent of kids prefer this new and improved recipe as opposed to the all beef burger.

“Based on actual year-over-year purchases, we are seeing an increase in purchase volume of over 6 percent,” said Lisa Feldman, Culinary Development Director at Sodexo.

In school districts where we have been transparent about the mushroom inclusion in the burger, we have not received any negative student feedback. Rather, we have seen an increase in student satisfaction scores and a 90 percent acceptance rate over the traditional burger we served last school year, which, for a school food item, is considered exceptionally high. 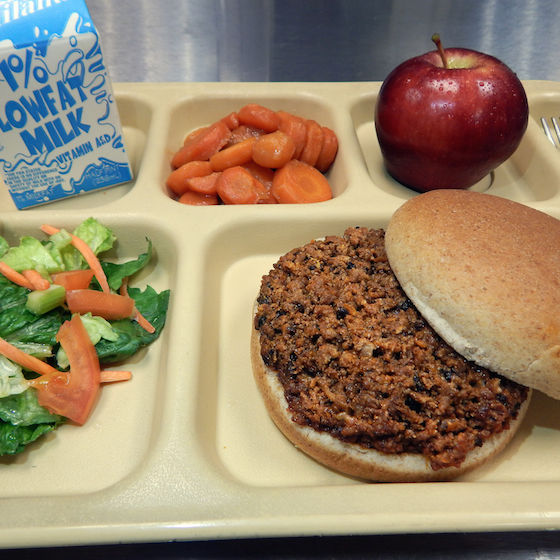 The new burger – which is a 75 percent/25 percent beef (that is raised without antibiotics or hormones) to mushroom blend – is being rolled out by Sodexo through its Mindful brand in January 2017 to all 2,500 retail locations in North America. Three new Mindful Hero items will feature the new burger to kick off the rollout.

If this Blend Burger hasn’t made it to your local school yet, find out how you can make it at home with this recipe from the Mushroom Council. A simple mix of your favorite mushrooms and regular ground beef – both grocery store staples – this burger makes for a quick and easy weeknight dinner that the whole family can enjoy!

*Photos courtesy of the Mushroom Council