Learn about our position on Food Equity and why it’s so important to achieve it.
Read the Paper
P.H.A. homepage
Donate
Board Bio

Leslie G. Sarasin Esq., CAE is the president and chief executive officer of the Food Marketing Institute (FMI), the trade association that serves as the voice of food retail, assisting its food retail and wholesale members in their role of feeding families and enriching lives, as well as the companies that supply goods and services to the industry. FMI conducts programs in public affairs, food safety, research, education and industry relations on behalf of its nearly 1,225 food retail and wholesale member companies in the U.S. and around the world, including more than 40,000 retail food stores, nearly 25,000 pharmacies and combined annual sales volume of some $770 billion. Under her leadership, FMI has emerged as a member centered organization helping food retailing venues find new and future facing ways of feeding families and enriching lives. A committed collaborator, Sarasin has infused FMI with a vision of cooperative action that amplifies the association’s ability to assist its members in addressing the critical industry issues of the day. 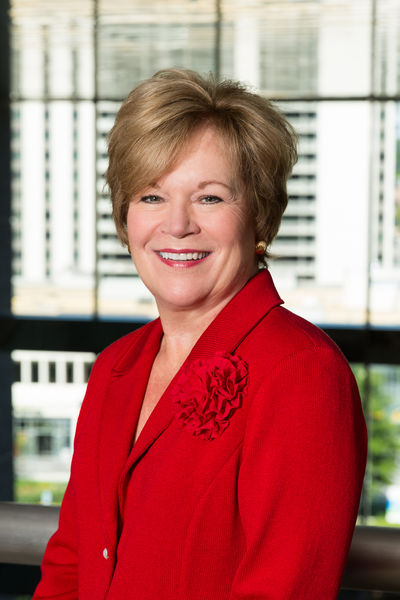 Prior to joining FMI, Sarasin spent 19 years at the American Frozen Food Institute, serving as president and CEO for the last nine of those years. She also held positions at the National Yogurt Association, Frozen Potato Products Institute, International Frozen Food Association, National Food Brokers Association, Crest International Corporation and Salomon Brothers. Sarasin holds a JD from the University of San Diego and a BA in economics from Smith College.

Sarasin is admitted to practice law in California and the District of Columbia. Her professional, social and personal commitments are reflected through service on the Boards of the National Chamber Foundation, the Congressional Hunger Center and the Bryce Harlow Foundation. Additional leadership roles include membership on the U.S. Chamber of Commerce’s Committee of 100 and active participation in the International Women’s Forum of Washington, D.C., an organization for which she currently serves as President.

Sarasin has been named one of the Supermarket News “Power Fifty” for the past six years and in 2014, was again recognized as holding the number one position in the Associations, Government and Public Sphere division of the Power Fifty ranking. Sarasin’s leadership in the food retail industry has also been acknowledged by her twice being included in Progressive Grocer’s list of Top Women in Grocery. In 2009, she was named by Mass Market Retailer as “One of Seven Who Made a Difference.” In 2016, Sarasin was featured by Retail Leader magazine as a one of the D.C. Difference Makers.